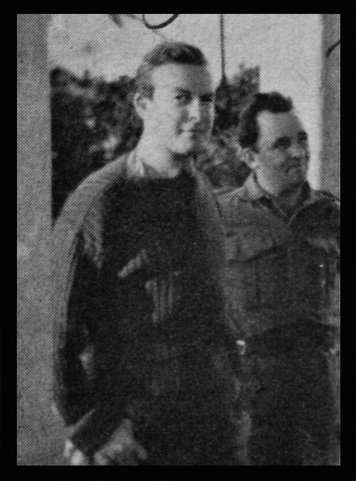 It is with much sadness that we report the passing of Major A.G.B. Cobbold, late of The Suffolk, East Anglian and Royal Anglian Regiments.
Anthony Gregory Bruce Cobbold graduated from the Royal Military Academy, Sandhurst on 14th July 1949 and was Gazetted as a Second Lieutenant into The Suffolk Regiment shortly afterwards.
He was posted in December 1949, to the 1st Battalion, then on active service in Malaya, taking out one of the first of many drafts of young National Servicemen that were to be the life blood of the Regiment over the next ten years.
After serving with 1 Platoon of A Company, he was transferred to command the Anti-Tank Platoon, being promoted Lieutenant in 1950. The Anti-Tank Platoon was something of a 'blunt sword' in Malaya since it’s 6 pdr guns were virtually useless in a conflict that relied solely upon patrolling on foot in the impenetrable jungle. The Anti-Tank Platoon was therefore temporarily disbanded and its ranks transferred to the Support Company, which Tony was later to command.
“The Saints” as was the Company's nickname, turned with Tony’s command, from a bunch of ‘ragged irregulars’ into an efficient fighting unit, furnishing the other platoons of the Battalion with men when the need arose.
Tony was promoted Captain in November 1952 and by the end of the Battalions tour in 1953, the Support Company were credited with the elimination of four Communist Terrorists and had been actively engaged on over 100 patrols. Tony was the longest serving officer in Malaya, serving for a total of 38 months; a record unparalleled within the Battalion. 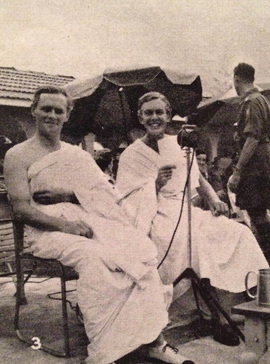 When the Battalion moved to Cyprus in 1956, Tony was on secondment to the King's African Rifles. He joined them in Cyprus in 1957 and took over command of HQ (2) Company, then based at Xeros. His predecessor, Major Calder departed before his arrival to proceed to the UK in order to assist in the preparations for the Regiment's impending Amalgamation.
At this time, HQ Company had been split into two units. HQ (1) which concentrated mainly on Internal Guard Duties, whilst HQ (2) concentrated on Internal Security. Tony worked in close co-operation with the Cypriot Police and was responsible for the relaying of information onto the different units, who then went out on patrol to track down the illusive EOKA terrorists.
Upon the Battalion’s return to the UK, Tony once more commanded Support Company. On the very last Minden Day Parade of The Suffolk Regiment at Shorncliffe in August 1959, he marched the Company past the Battalion Commander, Lieut.-Col. Malcolm Dewar; before taking it to Iserlohn in Germany to be amalgamated with The Royal Norfolk Regiment. He did not take part in the ceremony itself, being posted instead, for duty with HQ 16th Infantry Brigade, British Army of The Rhine.
Returning to 1/1st East Anglian Regiment in 1961, he served with them until they were formed into the new larger Royal Anglian Regiment in September 1964. Promoted Major in 1965, he served out his career with the Regiment, retiring in 1994. 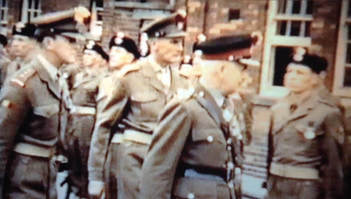 In retirement, Tony took over the roles of Regimental Secretary, then Honorary Curator of The Suffolk Regiment Museum, replacing the late Colonel H.S. Case who was emigrating to Australia. His gentle custodianship of the Regimental collection, ensured a steady stream of amazing items being secured for the museum.
He played an active part in the newly reformed Stowmarket Branch of the Old Comrades Association, and was honoured when, in 1993,  the Branch asked him to be their President. Tony was often to be seen at both the Diss Malaya veteran's luncheons and also at the late John Blench’s famous pig roasts, mingling with the men he had once commanded in the jungle. A regular figure at Minden Day each year, his attendance sadly became less frequent in recent years.
Tony’s greatest legacy is perhaps that he maintained the old-fashioned appearance of the Regimental Museum during his time as curator. His slow and uncomplicated approach to its administration, ensured that it remained virtually untouched. It was this 'granny's attic' feel which he strongly advocated, that has endeared itself to countless generations of Regimental Historians who have visited over the years to view its many treasures.

Fiercely proud of The Suffolk Regiment, Tony Cobbold was the epitome of the regular Suffolk soldier. Keen, determined and loyal to the last, and always completing the job with a smile. His passing should not go unnoticed for he did much in his lifetime to ensure that The Suffolk Regiment would never be forgotten.