Here you will find the latest Friends news along with items that we hope may be of interest. For all our previous Friends news and archives right back to 2012, please follow the link below:
Friends News Archives 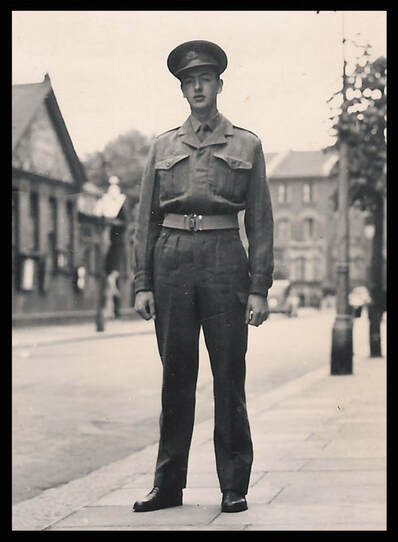 We've just received the sad news that Friend Robin Farmer, who served with 1 Suffolk in Malaya, 1952-53, has passed away. He went into a care home last year but sadly contracted COVID.
Robin was commissioned into 1/Suffolk in 1952 and commanded 12 Platoon, D Company - the same platoon his father had commanded in Salonika in 1918. Robin had a rich and colourful life. During the war his parents were interned in China (where his father had been working when the Japanese invaded) but Robin was luckily left at home. He was evacuated to Canada and narrowly avoided being sunk by a German submarine on the way. He returned to the UK in 1944 and stayed with friends in Suffolk, recalling that one night he had to give up his bedroom to the band leader Glenn Miller, who was performing at a local US airbase. After the war, he was reunited with his parents in Hong Kong.
Educated at Radley, after National Service he went up to Oxford and later had a long career with ICI travelling the world to numerous exotic locations and far-flung places, heading up various new ventures for them. He later settled in Cheshire and became a director of the Cheshire NHS trust for which he was awarded an OBE.
Robin was an enormously generous man and a great supporter of the Friends. He was always interested in anything related with his old Regiment and purchased several items of regimental interest and important medal groups that he donated to the Regimental Museum. Robin was incredibly well read and knew much of regimental history and whenever one visited, he would quiz them over various Regimental battles over a wide variety of malt whiskies.
​An enormously likeable man. An officer and in every respect of the word, a gentleman. He will be greatly missed. A fuller obituary will be published in the next edition of the Castle & Key. 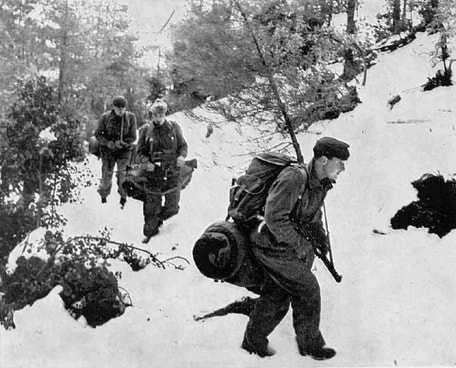 The last week has been ff..fff...fffreezing!
Cold weather and snow drifts across Suffolk that have not been seen in my lifetime, have forced many of us to stay inside - though some hardy souls (the Secretary armed with a tank suit and GS shovel) have continued to go to work.
However, when we all feel hard done by that we have to  stay-in due to this short flutter of snow, remember those men of the Suffolk Regiment that have campaigned on active service in some of the coldest and remotest parts of the world.
From 2nd Suffolk over 7156ft up in the snow capped mountain range at Razmak in Northern India in 1939-40, to 1 Suffolk up in the Austrian Alps training in 1954, and more recently, 1 Suffolk again in the Troodos and Kyrenia Mountains of Cyprus, 1957-59.
In each of these actions, in addition to battling the elements, they were also battling very different types of enemies. From waring tribesman, to cold war armies, to terrorist freedom fighters. So stop moaning that you're cold - when our forefathers had nothing more that a woollen greatcoat and balaclava to keep them warm!
​Seriously though, wrap up warm and stay safe. 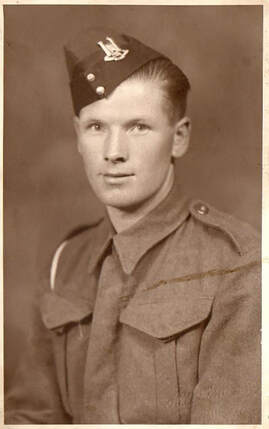 This week, we have been preparing the next edition of the Castle & Key and we have strayed into some rather wide country - that of the history of the Loyal Suffolk Hussars.
To be frank, its an area that we have somewhat neglected in the years we have been in existence, but we made a promise back in 2008 that we would include them as part of the family and with just two articles in thirteen years, we have done them an injustice. So preparing to right that wrong, we've started today on a short history of the 55th (Suffolk Yeomanry) Anti-Tank Regiment Royal Artillery, charting their war service as a gunner unit from D-Day to VE-Day.
It's actually been fascinating reading and some great research so far. They had a spectacular and glorious campaign in Normandy, fighting in support of the infantry around the villages of Rauray and Fontenay-le-Pesnel, but it is fair to say that after this, they had something of an inglorious war. Though they were always there, behind the infantry, they were never plunged into battle again experiencing the ferocity they had encountered in Normandy, though they acted as infantry in the cold winter of 1944-45 in Holland to release infantryman who were desperately needed on other areas. As with many units, their war 'fizzled out' in North Holland keeping routes open to allow food to be taken to the starving Dutch.
It won't be a long article as space does not permit it, but it may spawn others in our ranks to add to it in the future. A detailed account of their war service definitely deserves to be told (that is if anyone is prepared to write it!) 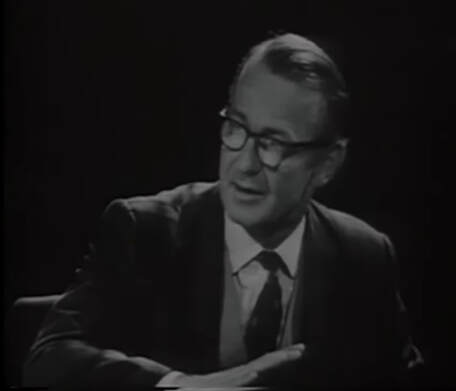 Recently, we stumbled across an old documentary about the British Army's role in post-war peacekeeping operations.
Made in 1967, the 'Peace Keepers' was presented by General Sir Brian Horrocks (who commanded XXX Corps in North West Europe during the war) and featured him discussing the numerous post-war campaigns with David Lilley.
In the four-part special on the Malayan Emergency, in the third episode, he mentioned the action of 2/Lieutenant Ray Hands and how he eliminated the communist terrorist leader Lieu Kon Kim, but what was truly remarkable (for us that is) is that it was Lieutenant-Colonel Arthur Campbell MC, who told Horrocks how it was done.
Campbell in his trademark horn-rimmed glasses, was something of a legend in the post-war history of the Suffolk Regiment. He should have commanded the 1st Battalion, and were it not for the fact that Lieutenant-Colonel W.S. Bevan had six month seniority over him, he would have done so. Many often said that he was such a brilliant leader that he would have ultimately become another 'Monty' He did finally command 1/1st East Anglian Regiment in Berlin and later in British Guiana, before retiring in 1963.
He is probably best known for his writing the semi-fictionalised account of campaigning in Malaya 'Jungle Green' which was an instant success when it was first published in 1953. It was great to finally hear Campbell speak, though it was a shame that he didn't wear a Regimental Tie!

A Happy New Year To All Friends! 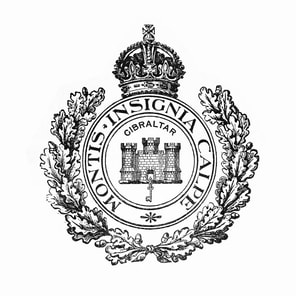 Welcome to another year of the Friends.

Back in 2008 when we started, little did we think that we'd still be here 13 years later. The last twelve months have been a tough time for us all. We've seen some of our older members pass away, but we have had many new members join us. Hopefully now, with a vaccine for COVID being rolled out, we can all look forward to a brighter 2021.
Hopefully this year, we can celebrate Minden Day again at Gibraltar Barracks, and remember the fallen of the Regiment on Remembrance Day. Though last year was a temporary, and emotionally painful setback, our remembrance of the Suffolk Regiment continues every day, so stick with us (or join us if you have never been a part of us!!!) and let's go forward into 2021 in confidence that the Suffolk Regiment is definitely not forgotten yet.
​Here's to the first twelve years of remembering the 'Old Dozen' and here's to the next twelve!