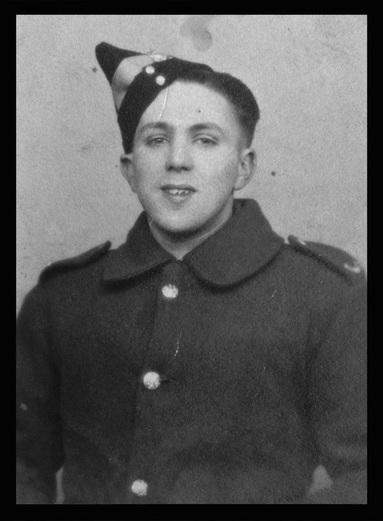 It is with profound sadness that we report the passing of Ron Thompson, late of 4th Battalion, The Suffolk Regiment, who was captured at Singapore in February 1942 and was later a prisoner of the Japanese.
Ronald Herbert Thompson was born in Saxmundham on the 9th August 1921. A gas fitter by trade, he enlisted as a Territorial soldier in the 4th Battalion on 13th March 1939. On September 1st 1939, he was called up and was within hours, guarding the important and highly secret radar station at Bawdsey near Felixstowe.
After being stationed at other various places in the UK including Hawick in Scotland and St. Neots in Cambridgeshire, the Battalion departed for the Middle East via Liverpool in late October 1941.
Across to Canada, then down the eastern American coast, via Trinidad, they crossed the Cape to South Africa and then onwards to Bombay, arriving at Empire Docks, Singapore on the 29th January 1942.
Even at this stage of the Singapore campaign, the Japanese were all but to the tip of Malaya and set to cross the Straights of Johore onto the island of Singapore itself.
Within a week, the Japanese were onto the island and were in action against a weakened and already retreating Commonwealth garrison. After a fight in the rubber estate along the Tampinus Road, Ron's platoon of HQ Company were drawn into the fighting in the area around Bukit Timau. On the 15th February, it was all over when, vastly outnumbered, the British Commander, Lieutenant-General A.E. Percival, surrendered the British and Commonwealth garrison of 120,000 men to the Japanese. It was the worst defeat in British military history. 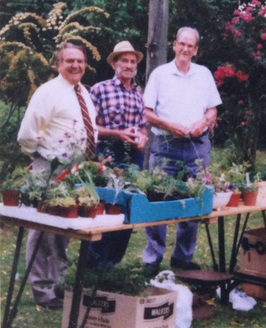 Ron remained on the island until the 29th December 1942, when he was part of the first parties of Suffolks to be transported north into Thailand to begin work on the Japanese railway to connect Bancock with Rangoon. Ron lived and worked like so many, in appauling conditions before he caught secondary malaria just before Christmas 1943. Hospitalised for some time at Kanchanburi camp, he was returned to Singapore in early 1944 to be part of a working party to construct another airfield on the island. His having a trade, saved his life for the Japanese were looking for only skilled labour. Kept at Selarang until he was fit again, he was transferred to Changi gaol in March 1944 and remained there until the end of the War. Ron returned to England, being de-mobbed in February 1946. He noted in a last letter home from Changi to his mother and father that he was “putting on much weight now. I am 9st. 1lb” he was just 6st. when he was released from captivity.
Ron returned to his pre-war trade and later went on to work at the Sizewell Nuclear power station before retiring in the late 1980s. He became an early member of FEPoW (Far Eastern Prisoner of War) Fellowship and was a founder member of the Leiston Branch of the Old Comrades Association. A keen footballer, he played for HQ Company in 1940 and 1941. Ron was always active and independent until the last few years of his life. When mobility became a problem, he applied and was given, a motorised scooter so he could still get about and visit his comrades A stairlift was installed in his home just prior to his going into residential care at Knoddishall in 2013, where his old pal John Bye, visited him regularly. John is to be commended for the dedication he showed to his old chum.
With his 'trademark' check jacket and log of a pipe, he was a regular figure at both the Leiston Branch OCA events (above, standing left) and annually at Minden Day, where his name could always be found on the register of ex-members of the 4th Battalion who attended the event. A great student of Suffolk Regiment history, Ron ensured that the plight and suffering of the 4th and 5th Battalions should never be forgotten, and as a regular contributor to many newspapers and books upon the Far East campaign, he has left to this day, a lasting legacy that will ensure we will never forget the horrors that they suffered.
For me personally, Ron was the man who fuelled my interest in The Suffolk Regiment. He knew my grandfather from having played with him on the HQ Company football team, and after my grandfather died, he did much to fill in the blanks of his service with the Regiment for me. The first time I met Ron, I had added my grandfathers name to the 4th Battalion register at Minden Day. Ron must have been watching the board for tapped me on the shoulder and said "You're not Ron Forsdike!" "No" I replied "but there he is" pointing to my grandfather. It was the first time they had met since 1945.

A true gentleman, he was a very modest man who did much to inspire. He will be greatly missed.