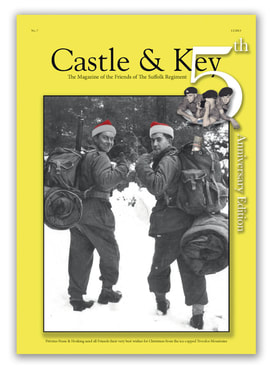 The Castle & Key is our flagship colour magazine which is published twice a year, in-between our black and white periodical, the Gazette.
Along with many fascinating articles on the history of The Suffolk Regiment from 1685 to 1959, it always contains the following regular articles:

In Focus: Detailed in-depth analysis of period photographs covering of the uniforms and equipment of the Suffolk soldier. From 1850 to 1959, together with his arms, insignia and tactics are explained.
The Camera Returns: We return to the locations of Suffolk Regiment photographs to create a 'then and now' comparison. We've been as far as Gibraltar, but closer to home in Stowmarket, Ipswich and Ely.
Suffolk Soldiers Remembered: In each edition we remember an individual Suffolk soldier and expand on his service and campaigns in which he served. Some of our research has shown amazing results with Friends members not knowing they were related!

Below is just a small selection of the content of some of our recent editions: 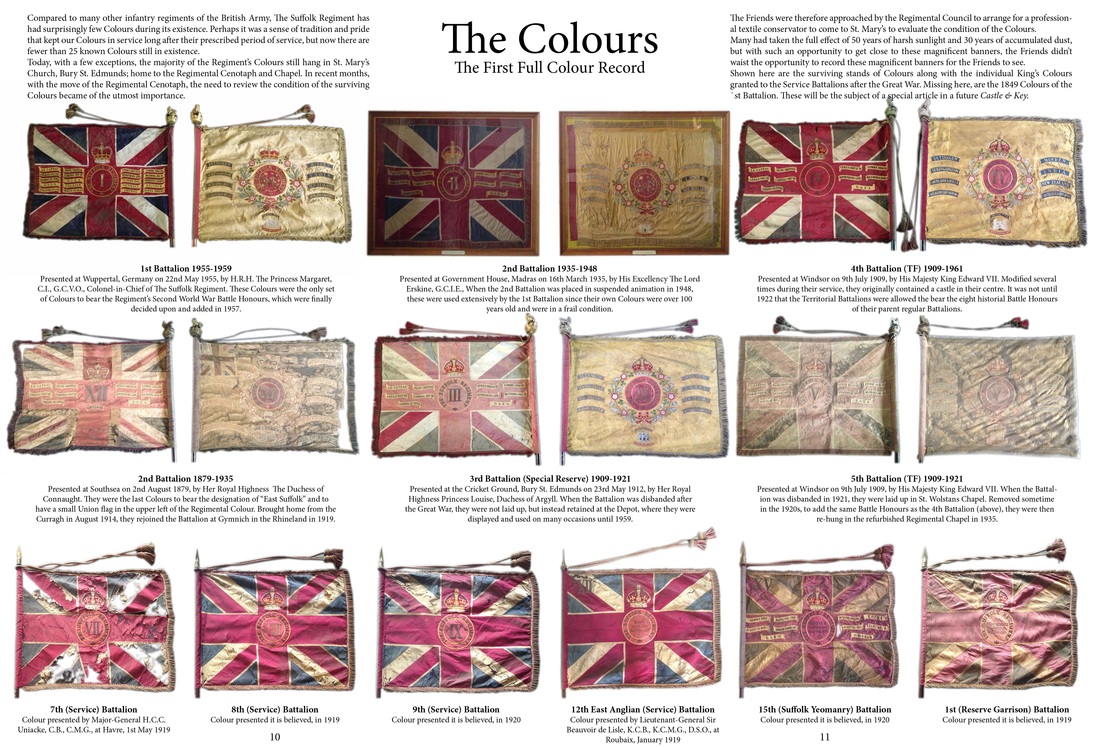 Above: The first full colour record of the Regiment's surviving Colours. 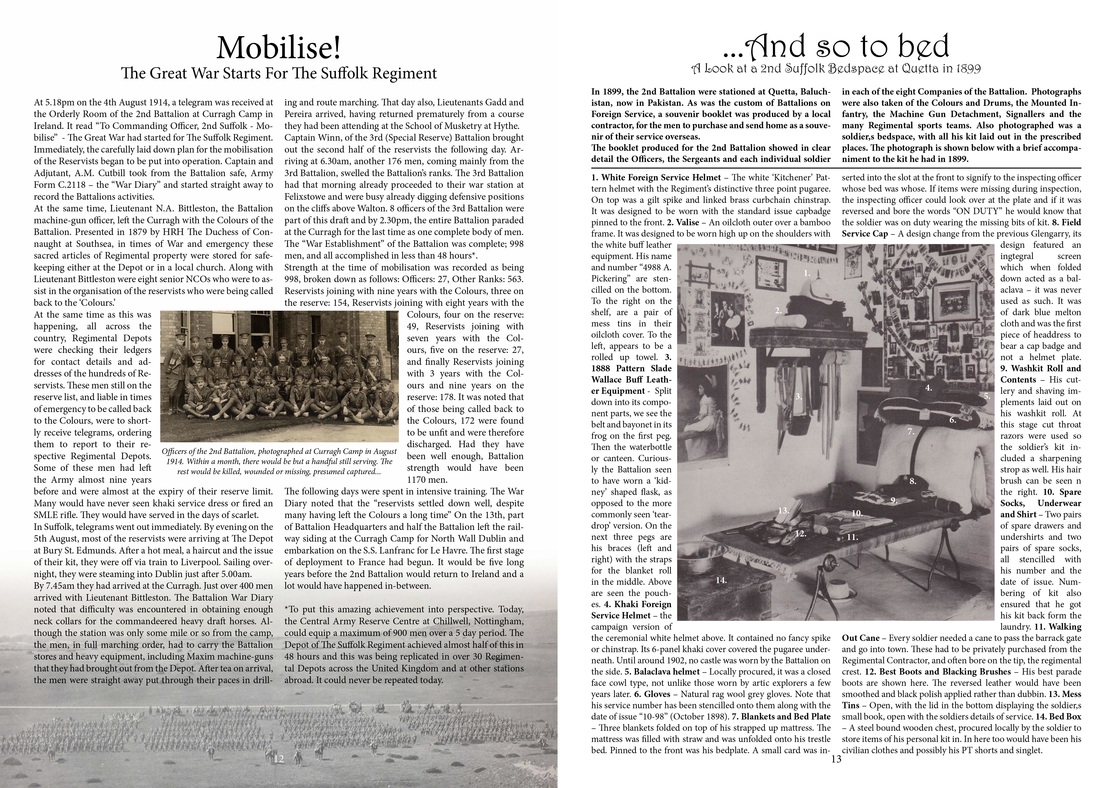 Above: The story of mobilisation for the Great War, and a soldiers bedspace at Quetta in 1899. 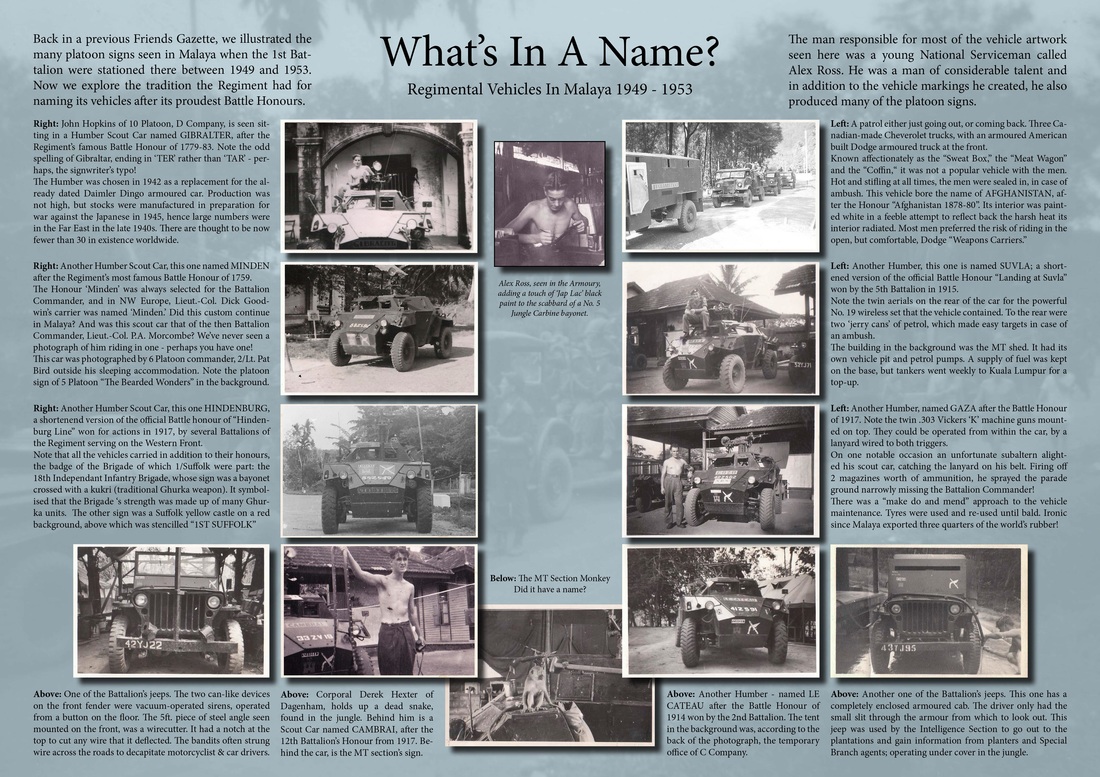 Above: The naming of Regimental vehicles in Malaya, 1949-1953.
Main Picture: The Officers of the 1st Battalion photographed in Malaya, late 1952
Powered by