a brief history of the
cambridgeshire regiment

Our close friends, The Cambridgeshire Regiment came into being in 1908. Their birth was as a result of the Haldane Reforms which brought into being the Territorial Force (TF) later to become the Territorial Army.
The strong Suffolk connection began in 1887 when the Cambridgeshire Rifle Volunteers became the 3rd (Cambridgeshire) Volunteer Battalion, The Suffolk Regiment. During the Boer War (1899-1902), a party of 3 officers and 43 Other Ranks volunteered for service in the Cape, earning them the Battle Honour "South Africa 1900-1901" This honour was therefore carried over to the new regiment in 1908. The Cambridgeshire Regiment was unusual in that it was exclusively territorial, having no regular army battalion. Therefore it had the privilege of being the 1st Battalion of its Regiment. 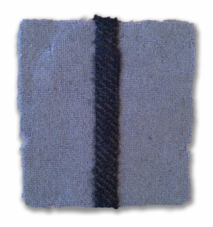 In August 1914, the Battalion was at full strength having just returned from annual camp. For overseas service, the 1/1st Battalion was formed. It landed in France in February 1915 and elements of the Battalion took over a 'quiet' section of the front line around the village of Dickebusch in Belgium as part of the 82nd Brigade, 27th Division. From here, the following month, they went into the front line around the town of Ypres. For the remainder of 1915, they were to be stationed in the front line between Armentieres and Flixecourt.
In February 1916, the Battalion were transfered to the 39th Division and between spells in the front line around Festubert and Givenchy, the Battalion began preparing for the forthcoming offensive on the Somme. Although not involved on the first day of the offensive, 1/1st Cambridgeshire Regiment were brought into action on 26th August to hold the front line at Hamel. After holding the front line at Theipval in September, the Battalion were ordered to take the heavily fortified German position known the "Schwaben Redoubt." The position was taken on 15th October after much heavy fighting and the loss of 13 officers and over 200 Other Ranks killed or wounded. Such was action that day that the Commander-in-Chief, British Expeditionary Force, Sir Douglas Haig, referred to it as 'one of the finest feats if arms in the history of the British Army'.
After returning to the front line around St. Pierre Divion, the Battalion moved to the Ypres canal in January 1917 and in July onto St. Julien, where it was to be involved in an important action to capture a position known as the "Border House". Outflanked, the Battalion had to retire. Later that day, a bandaged runner arrived back at Battalion Headquarters with a note from a young Cambridgeshire NCO still holding the position. Lance Corporal Muffett, had written to say that he and three others would hold on till ordered to retire, even though everyone else including their officer had been killed. Captain Riddell, the Company Commander, recommended Muffett for a Victoria Cross. He was later awarded a DCM (Distinguished Conduct Medal). The remainder of 1917 and the beginning of 1918, saw them still in the Salient around Ypres. Following the German offensive of March 1918, the Battalion were holding positions around Hill 60. There was much heavy fighting and by May, news was recieved that 39th Division was to be broken up and the units disbanded into other Battalions. 1/1 Cambridgeshires would absorb the remains of 7/Suffolk and join the 12th (Eastern) Division near Albert on the old Somme battlefield.
In the battles of the Last 100 Days, the Cambridgeshire Regiment saw heavy fighting at Bapume, Amiens and Nurlu. The Armistice found 1/1st Cambridgeshire Regiment in Bonsecours and by the end of the month, the Colours had been brought out from England to accompany the Battalion home the following year. Losses were 77 Officers and 789 Other Ranks killed with 3299 wounded (all ranks). The award of 27 Battle Honours and over 300 awards for gallantry are testament to the actions of the Battalion. 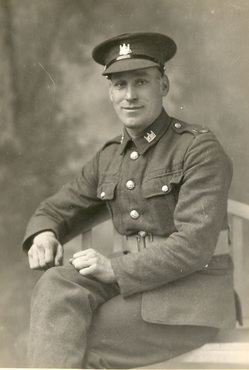 1939 saw the raising of a second battalion of the Regiment. After mobilisation, both Battalions were to join the 18th (East Anglian) Division along with their counterparts 4th and 5th Battalions, The Suffolk Regiment (TA). After much training with new carriers and equipment, both Battalions went to Scotland to train in modern mechanised warfare.
Originally destined to serve in the Middle East, upon Japan's attack on Pearl Harbour in December 1941, the Division were hastily sent via the east coast of Canada and the United States, to Cape Town, onwards to  India before finally arriving at Singapore in late January 1942.
It was unfortunately a hopeless cause. The Japanese had already pushed the army back through Malaya and almost onto the island itself. With no supporting air power and obsolete naval guns that pointed out to sea, the two Battalions fought in an immediate defensive role in the Sime Road area on the island.  By 9th February, the 1st Battalion were rushed to improve the defences around the Seletar airfield, but it was a hopeless cause. Retreating Australian troops were soon falling back through their positions and by the 12th, they had fallen back into the area of Adam Park, south of the Macritchie reservoir. Holding on against vastly superior forces and with rations running short, on 15th February, the battle came to an end with the British Commander, Lieutenant-General A.E. Percival, C.B., D.S.O., O.B.E.., M.C., surrendering the island and its garrison to the Japanese. It was the worst defeat in British Military History.
When surrender came, 1st Battalion, The Cambridgeshire Regiment had been surrounded for two days by vastly superior Japanese forces, yet their perimeter was unbroken. Some said; "the spirit of the Border House lived on."
What followed was three and a half years of torture as the Battalions became Prisoners of War. Forced first to live in the cramped confines of the Island prison, Changi, they then worked on repairing and then rebuilding another airfield on the island. The move into Thailand followed and from then until their liberation in August 1945, the Regiment moved further and further up into Burma as the railway progressed. Hope came for some in early 1944, when the Japanese offered the prisoners a chance to go to Formosa and work in the coal mines. Of the few that accepted, they were tragically torpedoed en-route to Japan by American submarines.
The badge of the Regiment, could be seen at home whilst the two Battalions were in captivity; being worn by the 11 Battalions of the Cambridgeshire Home Guard.

After homecoming and the Freedom of the City of Cambridge, the Battalion converted in 1947, to an artillery regiment instead of infantry. They therefore became the 629 (The Cambridgeshire Regiment) Light Anti-Aircraft Regiment RA (TA), they were however permitted to retain their Colours, Drums, badges and buttons.
In 1954, a change of role again came to the Regiment. With disbandment of the Anti-Aircraft Command, the Regiment now became 629 (The Cambridgeshire Regiment) Parachute Light Regiment RA (TA). It was the only parachute light regiment in the British Army. In 1955, all 140 ranks, qualified as parachutists and won their 'wings'. The Cambridgeshire Regiment badge was now worn proudly on their new red berets. 1957, saw the Battalion convert back to their traditional role as infantry; a role in which they remained until amalgamation.
Powered by